If the month of June 2017 can be considered a transition month for TESO, several events can be highlighted, as well as many announcements. 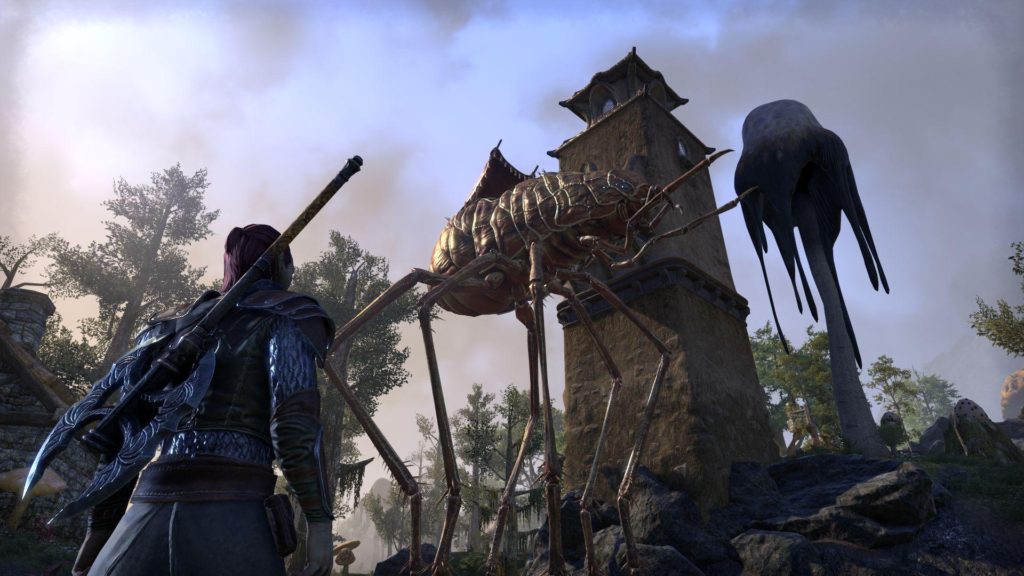 First, the main highlight for the game was obviously the official release of its first Chapter, Morrowind, after 15 days of pre-access for those who pre-ordered it; The JoL-TESO team took the opportunity to test it, and presented you with the extension and its opinions on it.

On the day of the release, Zenimax had published a letter from Matt Firor (the director of the game), accompanied by a new trailer.

And, of course, the communication around the extension did not fail, before and after its release.

Starting with the latest character portrait of this extension, which brings Naryu Virian into the limelight.

Another article gives 10 tips to players; Even if they are presented as part of the Morrowind release, the majority also applies to the basic game, and mainly concerns new players.

Approaching the game from an unusual angle, the availability of the soundtrack of the game and an interview with its composer was published; An interesting way to know the back of the decor for the creation of Morrowind’s music, which many players enjoy.

Even more original, a parody video of the war bear, live action was put online by the official website; An unprecedented communication style for the studio, but fresh enough.

It was also during the month of June that was held the main show of video game, the E3. Bethesda held a conference, and TESO made an appearance there (Bethesda and ZOS both belonging to Zenimax), with a new trailer of the game which, mixing fan reviews, professionals and developers, focus on Morrowind while recalling the main DLCs already released and, most importantly, announcing the next two.

The official website was quick to publish an article presenting them in more detail. It is likely that these two DLCs, Horns of the Reach and Clockwork City, will be released in the third and fourth quarters of 2017, respectively.

An article summarizing TESO’s participation in E3 has also been posted on the official website of the game.

Shortly after this event, the WCCFTECH website made an interview with Matt Firor about future additions to the game, which you can read about in this news.

On the community side, Zenimax highlighted several community-created guides for Morrowind; Attention, however, all these guides are only available in English.

An interview with a cosplayer, including pictures of her in Naryu Virian, was also published; It allows to go back on the wings of the cosplay.

Finally, the Crown Store has been updated and you can find the additions of it in this article. Moreover, the crown crates of wild hunting were withdrawn to make way for the Dwemer Crown Crates.