Even if you do not play a game like this for your screenplay, it’s still important as it directly affects the world and the background in which players will evolve. In addition to being difficult to pronounce, the world of Wraeclast is dark, terrifying and strangely realistic. Populated by exiles, criminals and frightening creatures (or attractive according to tastes!), The continent leaves little chance for the living, while giving a new chance to the dead… 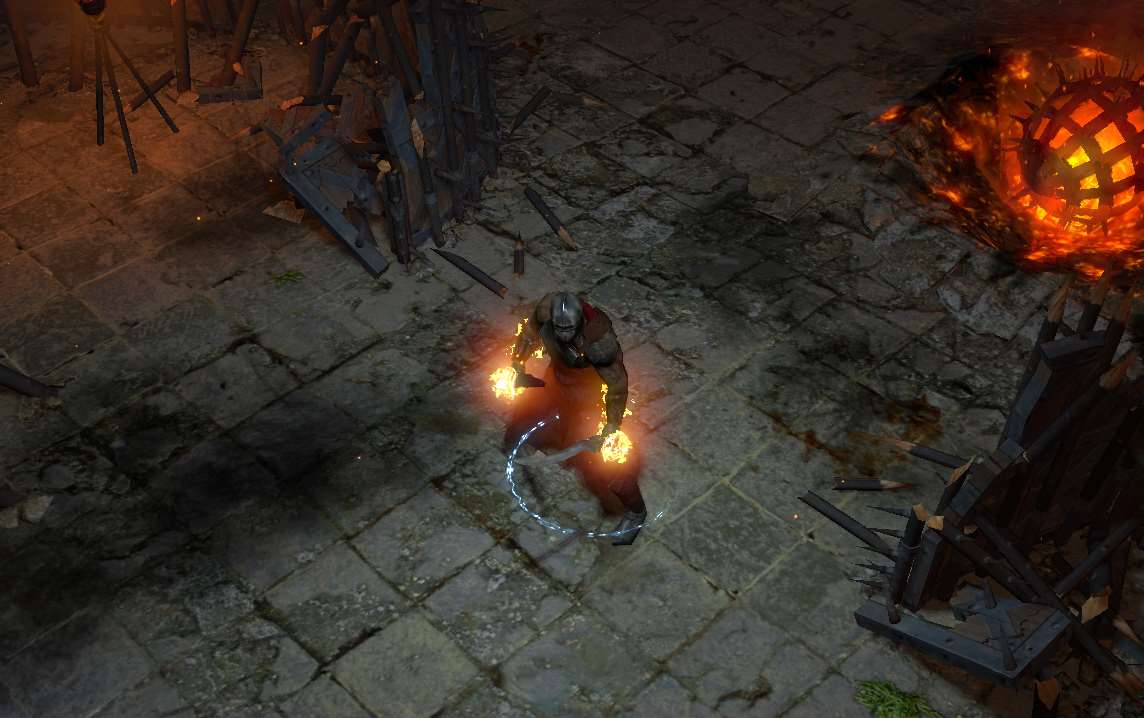 The game is, like the universe in which we are immersed, dark. The open air zones do not breathe the joy of life and the dungeons plunge us into the obscure depths of Wraeclast: some are even downright scared the first time (no I would not talk about spiders!). A very good level design therefore, knowing that the levels are generated randomly, while keeping a fixed base of elements. The graphics themselves are very good and rather focused realism than fantasy. The effects of the spells are rather uneven at the moment: the offensive and defensive spells are quite beautiful (especially the fire and ice spells) but the invocations are a bit behind the way in the look…

More than just a style of play, class choice will essentially determine your position on the passive skill tree and the different quest rewards. Indeed, the skills in PoE are here active and passive. The talent tree, consisting solely of passive skills, represents enormous potential for both complexity and replayability.

Each level gives a point of talent, and some rewards will also provide you, point that you can invest in a strength bonus for example, a bonus on your invocations or your critical hits. Despite the starting position imposed, the player is free to evolve according to his style of play and his aspirations. A marauder can, for example, put away his log ax to become a caster or an archer: be careful though a point is definitely invested and reset points are quite rare. This system, offering a complexity and a real reflection around his character, can lead to a lot of characters missed.

Active skills take the form of gems to crimp in your equipment according to their colors: they can be intelligence (blue), force (red) or dexterity (green) and will, like your avatar, win levels over monsters killed, and thereby improve their range, their damage, etc.

This simplistic-looking system becomes quite complex when you add support gems: to be placed on the same item and on a socket related to your skill gem, they add an extra effect to your skill (more likely to hit , more damage, drain of life, …) at the cost of a higher cost in mana. Of course, you can affix multiple media to your gems to create combos. Thus, a fireball spell can be modified to cast 3 and add damage damage to enemies.

A solid system that again offers true freedom of gameplay and development of his character.

Another innovation is the potion system. They are permanent and recharge when you kill enemies. They can evolve and be magical, also give you resistance to the elements, but beware, your belt is not expandable and you will be limited to five potions. As Path of Exile is the fastest selling video game worldwide, the value of its in-game currency has grown in popularity. Get more news from our website: www.u4gm.com. It sells cheap PoE currency buy. If you buy here, you will get fast delivery and best service.